Honeybook was founded with a mission to support creative entrepreneurs. The company helps solve the overwhelming aspects of being a business owner, so entrepreneurs can focus on their craft.

Honeybook has an impressively loyal base of users, due in part to its unique invite-only collaborative platform. The platform helps entrepreneurs organize often-painful business tasks like booking, payments and contracts. Plus, their platform is elegant, which resonates deeply with their artistic consumer base.

In its current phase of growth, Honeybook is focusing on strengthening its mobile and tablet applications. To achieve this, multiple sources of data are being combined to illuminate Honeybook’s entire business ecosystem.

While they have been able to make major strides forward, the resource cost has been substantial. Through this process, they have relied on data scientists to accurately and reliably merge volumes of data.

Most businesses struggle when piecing together multiple disparate data sources. While leveraging data scientists is a sure bet, it is also resource intensive.

As a startup, Honeybook wanted to find a more scalable and agile way of approaching their data needs.

The main challenge was finding the best data stack for their needs. They trialed Panoply as a solution and were immediately impressed. Honeybook replaced their existing ETL management system with Panoply.

Panoply streamlines JSON in real time, stores daily logs, and has a storage-saving archiving feature. “When we were running our own Redshift cluster we were constantly dealing with maintenance tasks of performance optimization and scaling” says Abhi Sivasailam, Honeybook’s lead data scientist.

We needed a tool that would take away the need to support countless ETL processes on one hand and manage all of the day to day data and storage optimizations on the other hand so that my analysts and I can focus on building our models and providing value to the organization.

Using Panoply, Honeybook was able to save countless hours in analytical infrastructure development and ongoing optimization and get up and running in mere days. The most compelling benefit Honeybook enjoys is the opportunity cost. Abhi says:

With Panoply our data scientists and analysts can focus their energies on value added challenges instead of constantly upkeeping of our analytics infrastructure.

The ultimate benefit of choosing such an efficient data stack is Honeybook’s ability to understand their consumer on a deep level. Honeybook now has the ability to proactively provide tailored solutions that creative entrepreneurs need.

Panoply gathers all your data in one place and gets you lightning fast analytics. 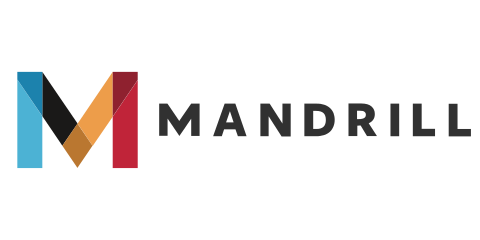 Panoply is used by some of the world’s most data-driven companies.